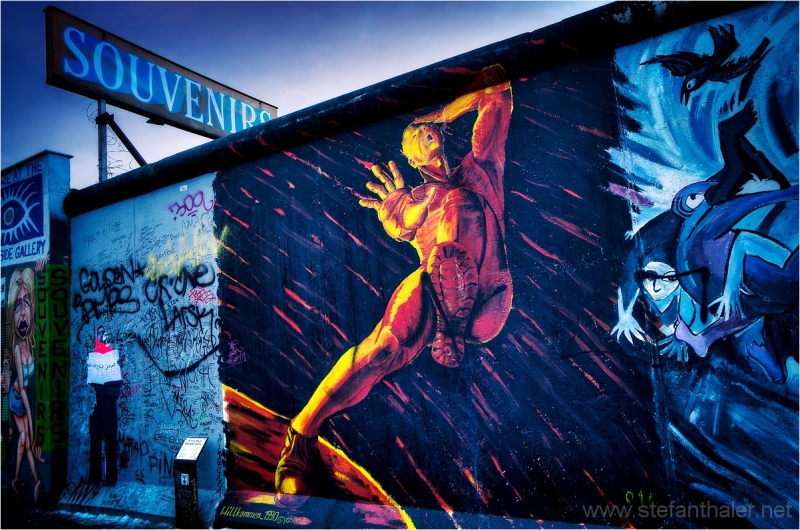 Previous Next
← previous day next day →

Posted by Stefan (Thiersee, Austria) on 22 February 2013 in Cityscape & Urban and Portfolio.

The East Side Gallery is the world's longest open-air gallery. They formed in 1990 after the reunification. Painted on a length of 1.3 kilometers, 118 artists from all over the world. The interior wall along the Mill Road between Oberbaumbrücke and Ostbahnhof..!
The Berlin Wall was during the division of Germany more than 28 years, a border defense system that encircled the three western sectors of Berlin, and this from the eastern part of the city and the surrounding German Democratic Republic (GDR), hermetically sealed off..!

expressive and so well done !

I like the way and the atmosphere you choose to show us this great wall painting !
I'm going to Berlin in April so i'll see this with my own eyes... :-)

Oh wow, that is expressive and stunning !

Fantastic image! Someone is a great artist.

Great shot. Thanks for the background information as well!

This image has been featured in 1 Remix collection.